After placing it on hold for a while….. Finally, I finished watching In Time With You…..

Before I dive into the concept of ITWY and all….. The Osts are one of the best I’ve heard in TW-Dramas…. I haven’t watched a handful of TW-Dramas though…..

The drama started out well…… the plot goes thus: How two ”good friends” realised their true feelings for each other….. and a lot of drama including exes, family issues, classmates, friends, work and all happened in between. 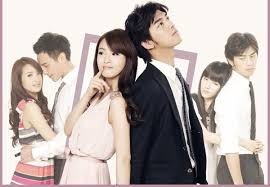 The actors did a good job at portraying their characters…. which made the drama really likeable.

The drama started out well as I’ve early said, but it started going in circles, which prompted me to place it on hold for a while…. but I picked it back up and it was really worth the watch…. you see how their relationship as ”good friends/buddies” evolve, how blind the female lead was and how everybody – friends and family knew they were perfect for each other, while they still looked at themselves as good friends…. There is also the Sailor Moon concept, which I sorta liked… I guess, I will have to check out Sailor moon soon.

Ending- It was tooo (very)cute…. I was really happy I didn’t miss out on such a drama.