I bolted straight to check is profile on wiki…. Not only his he a sexy hot Japanese actor, but he his half-Korean…… that little fact really nailed it. He can also speak in English. As in not just speak some few words like ”hello”, ”it’s okay”, ”I’m fine” or what have you….. He can speak fluently. I know it might not be a big deal to some other people, but to me IT IS. Just imagine a sexy hot-looking Japanese actor speaking fluently in English…Jeez ~fangirling~

Okay enough with the fangirling…… After I watched Liar Game, I moved on to watch other drama, where he had lead roles (I don’t like it when he plays supporting roles) – Don Quixote, Love Shuffle.. He doesn’t just stick to particular role, he can be funny, stucked-up, arrogant, down-to-earth, badass, romantic… Just name it.


Oh before that, here’s a vid of him (a random vid of him). It’s the behind the scenes of Hana Yori Dango

These are other clips of him..

On to the pictures ~squeals~ 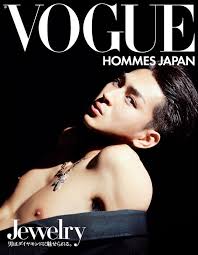 These are some of his dramas, in case you want to see him in action ~swoons~

Don Quixote
All of Liar Games series
Love Shuffle
Jotei; there are actually more dramas … The widely known Hana Yori Dango is also a good J-drama, although he landed a supporting role, but it’s still good. Well, two of my fav J-actors starred in HYD.