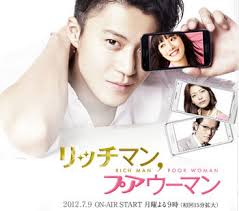 Rich man, Poor woman finished airing this week Monday or Tuesday I think, but the English subs for the last ep (ep 11) weren’t available until Thursday. I couldn’t watch it until yesterday….. and I’m now here to write a review. :)) In between RMPW is a Japanese drama. 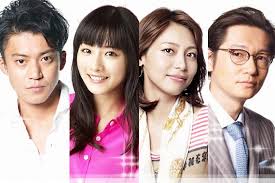 Without much further ado….. This is the trailer. I don’t think I should call this a trailer…… but it’s close to it .)

Title: リッチマン、プアウーマン
Title (English): Rich Man, Poor Woman
Format: Renzoku
Genre: Romantic comedy
Episodes: 11
Broadcast network: Fuji TV
Broadcast period: 2012-Jul-09 to 2012-Sep-17
Theme song: Hikari e by miwa
Insert song: Napa by miwa
Cast
Oguri Shun as Hyuga Toru
Manabe Sena (真部晟凪) (ep1)
Ishihara Satomi as Sawaki Chihiro/Natsui Makoto
Aibu Saki as Asahina Yoko
Asari Yosuke as Yasuoka Michiya
Nakahara Takeo as Fueki Tadamasa
Nakamura Yasuhi as Ogawa Satoshi
Furukawa Yuki as Kuga Tomoki
Nomura Masumi as Ono Haruka
Yagi Nozomi (八木のぞみ) as Miyamae Tomoka
Maikawa Aiku (舞川あいく) as Tateishi Risa
Ueki Kiyohiko (植木紀世彦) as Hosoki Riichi
Maruyama Tomomi as Nogi Yuta
Sano Shiro as Yamagami Toshiyuki
Iura Arata as Asahina Kosuke
Synopsis
Oguri Shun plays Hyuga Toru, an affluent man whose personality is on the contrary, speckled with flaws. A CEO of an IT firm who is published on Forbes as a billionaire, Toru attained his fortune through chance and pure luck. A woman who meets Toru and eventually becomes attracted to him is Sawaki Chihiro, played by Ishihara Satomi. Chihiro is a hardworking college student at Tokyo University who has prepared for her future as much as she possibly could through studies and obtaining licenses. Despite her efforts, she has yet to land a job. Upon meeting Toru, she begins to unravel a genuine pureness inside him and solitude resulting from such pureness, which eventually draws her closer to him. The two repeatedly conflict each other, but little by little learn about one another to grow and develop together.
Despite the worldwide recession and financial difficulties, there are people like Mark Zuckerberg who began work from merely an apartment room or a garage that end up growing to be companies generating over ten billion dollars revenues after merely 10 years or so, embracing their new found wealth by living the dream life. Whether it’s a game or application software, Ecommerce, or other IT related firm, there are more than a few who rose in fame to such status in recent years. On the other hand, Japan’s unemployment rate for new grads dropped to a record low and those who want to work are unable to, or their wishes to work at their company of choice is not granted.
A Cinderella story of the real world. Will the two be able to compromise their values and lifestyles to become a happy couple? — Fuji TV
(credits — DramaWiki)

Review
The only thought that came my mind, when I saw Rich man, Poor woman’s promotional poster was OGURI SHUN. I couldn’t see anything else. With Oguri Shun getting married and all, I thought he was going to take a kind of break or something. 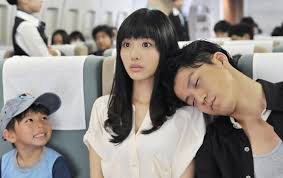 I really need to say this….. Every one of the cast did awesome, I didn’t get bored not even once and not even when the two main cast (Oguri Shun and Ishihara Satomi) where going about in circles. Furthermore, it has a lovely story line. RMPW has romance, bromance (brotherhood), how tense a relationship between siblings can be, determination, passion, malicious betrayal, broken heart……. 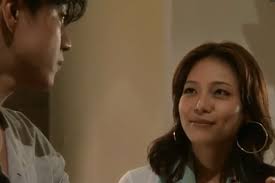 The sound tracks used in RMPW were also okay. RMPW also portrayed the transition of Toru Hyuga from being immature and self-centered to being (of course) mature, more professional and accomodating to his employees. On the other hand there’s also the transition of Makoto, from being push-over to be someone who could be in charge and make decisions. The ending was so so so so cuuuute, it was neatly wrapped up. There was also a pure innocense to Toru Hyuga. 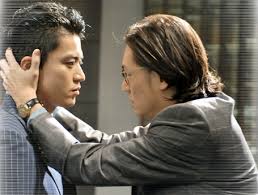 In General, RMPW is a wonderful drama, although there were some scenes that were just downright annoying due to one or two characters, but if those scenes aren’t there, I don’t think it would be called a drama.

In case, you’re wondering at what site to watch RMPW on….. just type dramacrazy.net and punch in Rich man, Poor woman and you should be able to watch it.