Skip to content
Wild Romance is a Korean drama. It’s filled with light comedy, romance and some disjointed suspense here and there, but overall, it’s a good drama, you can pass the time with.

Take a peek at the trailer — http://www.youtube.com/watch?v=t2WN5Lj_Qp8

Everything starts on the birthday of Eun Jae’s dad. Eun Jae ran into Park Moo Yul, who is the 2nd baseman of ‘Green Dreamers’, when she is drunk. Eun Jae who is a fan of ‘Blue Seagulls’, starts a fight with Moo Yul who led the ‘Green Dreamers’ to victory. The next day, internet is on fire with the video called ‘Humiliated Park Moo Yul’. Because of this video, career of both Moo Yul and Eun Jae, who recently got a job as a bodyguard, are in danger.
In the end, they decided to put on a show against the public! They lie that Eun Jae is Moo Yul’s private bodyguard and the video was recorded when Eun Jae was giving a self-defence demonstration to Moo Yul. Like this, Eun Jae becomes real bodyguard of Moo Yul. It seemed like everything worked out just fine, but the problem is that they can’t stand each other’s existence..
(Credits — DramaWiki)

I finished Wild Romance last 2 weeks ~scratches head~ I can’t really remember…… What drew my attention to WR was actually Lee Dong Wook (Park Mul Yeol). The story is nothing new – a star (baseball player) falls in love with a girl that helps (bodyguard)him, and a lot of stuffs happened in between. The only thing that probably looked different would be the suspense concept the directors, producers and script-writers added to WR. 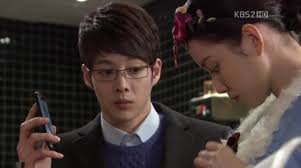 The actors did a good job, they all portrayed their roles nicely – the delusional aunt, the faithful and loyal friend/husband, the die-hard seagull fans…… Park Mu Yeol looks like a trouble shooter on the outside, whereas he’s just someone who likes playing baseball, and hanging around is hyung (Dong Su). Eun Jae is a die-hard fan for a rival baseball club of PMY and also a bodyguard. I don’t mean a normal fan- her whole family were fans, he whole was decorated in different shades of blue (the colour for the Seagulls). An incident happened and both of them were thrown together to cover up the incident. I really liked the conceot of the PMY’s manager, the guy is such a robot, but later we got to see that he has vein and arterioles running through him hehehe. 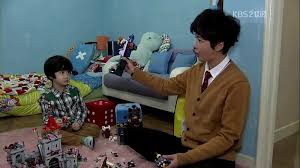 Well, for those looking for a hot suspense story – don’t bother at all, but if you want a light romance and titbits of suspense here and there, then give it a shot. The ending is really CUTE!!! lol And if you also want Lee Dong Wook you can also bless your eyes with this drama. The OSTs were also good.

Back to the suspense concept, I think I get the idea for the concept…. The directors didn’t probably just want a romance story, but wanted to add a little twist. Which is okay, BUT they could have at least made sure the stories they were going to use for the suspense concept was going to harmonise with the romance story. The idea of the stalker was good, but what’s with the painting issues?? Su Yeong’s psychological problem?? What exactly was Seo Yeok’s role?? Those stories didn’t fit well at all.