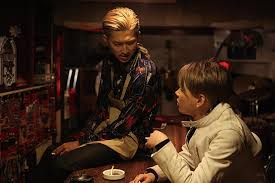 Review—-
I present to you one of the wonderful actors in Japan Matsuda Shota. I and some couple of friends were waiting for this movie to be subbed since it’s release last year. It got subbed sometime this year.

Here, Shota plays the role of a loner, he was quite cruel and brutal also. This movie has no plot, there’s no particular substance to this movie. It just tells a story about the kind of world Gu (Shota’s character) is living in and it shows a some particular events that happened to him. I’m going to quote what a friend told me hehehe ”Don’t expect a happy ending”. That’s what she actually told me hehehe. Gu is surrounded by gangsters and he’s a gangster himself, he doesn’t just belong to any gang. In his world, there’s the issue of doping, pimping of teenage girls, unnecessary fighting and all. 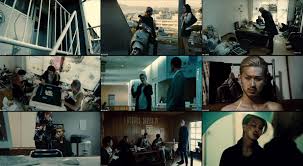 Some minutes into watching HR, I gave up on the happy ending thing….. then towards the middle, I actually had some kind of hope……. but that got blown away before the end of the movie.
I didn’t feel an ounce of pity for the casts in HR, including Gu himself, like the saying goes….  How you lay your bed, that’s how you lay on it. So, if you’re a fan of Shota and you want to see how dynamic and versatile he can be, then definitely need to give HR a shot. For those looking for something light…… this isn’t something light, but you can also give it a try.