Skip to content
The second review coming through……. Rak Ork Arkard (Love On-Air) is a lakorn… i.e Thai-drama, one of the Lakorns I buddy-watched….

Take a look at the teaser –>

Synopsis—
Jaokhun is a hi-so society man who has a friend/enemy Matt. Matt is very competitive and always loses in everything. On Jaokhun’s birthday, Matt embarasses Jaokhun leading to a fight where they had a car race. On the way Jaokhun crashes into a food stand, where Jai(cherry) was sitting at. They got into a huge argument. Few days later, Matt overhears King and Jaokhun’s friend talking about a show where they need Jaokhun as the main cast and Matt tricks Jaokhun into agreeing to be in the show. The show is where a hi-so  has to live and be filmed in a country side for a month. Matt tries to make his life miserable and there he meets Jai again, the tea plantation’s daughter. Jaokhun is staying with a person who is friends of his producer friend  and who kind of makes his life horrible also. Some events occur and Jaokhun has to pretend he is the nephew called Khoontong. There his adventures begin and he gradually falls in love with Jai even though he has a gf named Amy back home, who is actually only after his money.
(credit – AsianFuse)

Review—
Okay, as I was saying above, I buddy-watched LOA and the only reason behind my watching this was because of Aom Akkaphan Namart and Cherry Khemapsorn. I did rate LOA as average, there’s nothing particularly special about it…… Probably, if you want to consider Aom and Cherry as a pair….

The synopsis has already done justice in explaining what ROA entails. Jaokhun a hi-so was tricked into living in the country side for a month. Not only was he tricked, but a bet was involved. In case you’re wondering what hi-so means – here’s a quick definition; hi-so is actually the abb. form for high socialite. A hi-so is someone who is well known, rich and has a pretty high status socially. Oh…. Hi-sos are also have bratty, annoying behaviour and most of all, they think everything and everyone should revolve around them.

Back to ROA, Jaokhun not wanting to lose to Matt, went head on, too bad he had no idea what he agreed to. Things didn’t go as planned, as Jaokhun fell in love and sorta adapted to the whole country side’s way of doing things quickly than expected. Through this he was able to get rid of his bratty behaviours…… A lot of things happened in between, he got his own fan club, met a whole new world, learnt all them basic stuffs; such as no wasting of food, thinking intelligently (thinking intelligently is a little bit….. he thinks intelligently, he can just be lame sometimes and he lacks basic wisdom).

Jai on the other hand has been brought up to be independent and all, she’s so one of the most respected people in the country side (Muantai), because of the kind of authority and respect she commands. She has also had a heart broken by a hi-so (who was also from Bangkok)….. She’s kinda staying clear hi-so men. Well, she was in for a huge surprise…… The supporting cast did a good job at either giving LOA a comedic effect or a frustrating effect.

In general, it’s quite interesting, it was a little slow-paced, but somewhere in the middle the plot improved. The development of the main characters were also good, which was really important for me. The romance, was light, it isn’t as sizzling as I would have liked it. But the comedy, how the so-called gf and Matt got bursted and the end can be tagged the highlights of ROA.

Letting off steam:
I want to let off some steam, in the beginning the drama was actually okay, but somewhere around ep 5 it started getting really draggy….. There wasn’t much plot any longer, it only got repetitive. But it picked up later…. One other thing are the flash backs and overly-lingering on supposed sad or touching scenes. These really got on my nerves…. I get the point, this scene is sad or touching, but WHY drag the scene longer than it should be???…  The flash backs were just toooo (three, four) much. It looked like fillers to me. 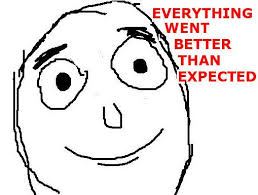