So last week I tried catching up on Running Man, the best part was ep 278, Christmas Special X-Man. That episode was HELLA awesome and hilarious!! I’m still 6 episodes behind, but I should be able to catch up this week ^^ The best part of getting back on variety shows is watching Dream Team Thailand Korea. I knew they filmed in Thailand, but I never looked it up. I was browsing through the episodes of DT I hadn’t seen and I saw the episodes, so I decided to watch, just to see if I would see familiar faces. It’s one of the best decisions I made last week XDD Part 2 was  the most hilarious out of the 3 episodes. I just want another collaboration, but this time with Channel 3 hehehe

Back to drama scene, I marathoned Sapai Jao. Why?? Because I can?! lol!! Well that’s partly a reason, that aside, I wasn’t expecting much, but with each episode the show just got more interesting and hilarious. I was cracking up like some crazy person all through ep 6, especially the toilet and restaurant scenes lol!! It was just too funny. And there is this thing they do with the BGM, the cut it of or make it sound cracked if something unexpected or funny happens. Also there’s this American or French guy, he keeps pronouncing the Thai words wrong, hence giving his sentences a totally different or a perverted meaning hahahha! I really liked it, rated it 9/10. I highly recommend Sapai Jao 2015!!! The first episode of Kiss The Series has been uploaded on GMMTv’s account. So I’m watching that and Dok Ruk Rim Tang. If DRRT gets me hooked, then I will marathon it^^ Padiwarada starring Bella Ranee & James Jirayu is also very tempting atm, I keep seeing snippets of episodes on Ch3’s YT account lol!!!

Amidst all these excitement on what shows to watch and what not to watch, animes and books have been kicked to a corner lol! I might see to some reading this week, but then who knows, I might end up not reading a single page. While watching Sapai Jao, a lot of Thai fairytales were mentioned. I’ll look up the ones I noted down, let’s see if I can find any with Eng sub. I highly doubt it though, but I will give it a shot 🙂

This is my favourite OST from Sapai Jao, ENJOY!!!

Another Thai actor added to my list of ever-growing Thai actor eye candies!! 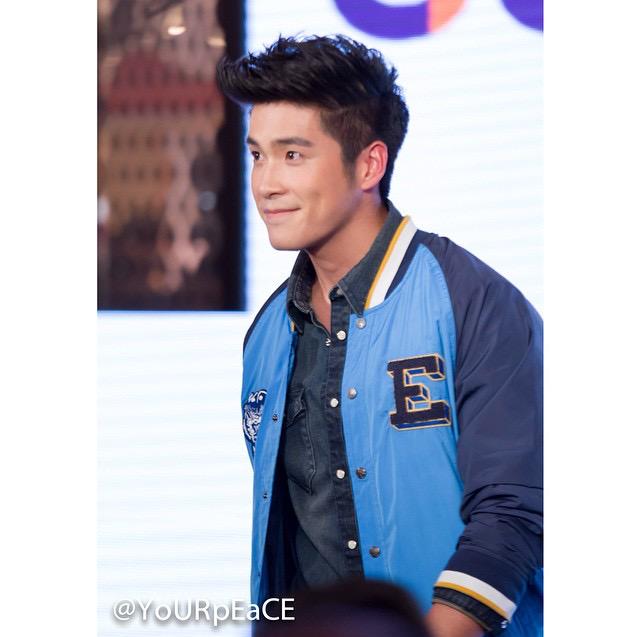 P.S – This moment is your life!