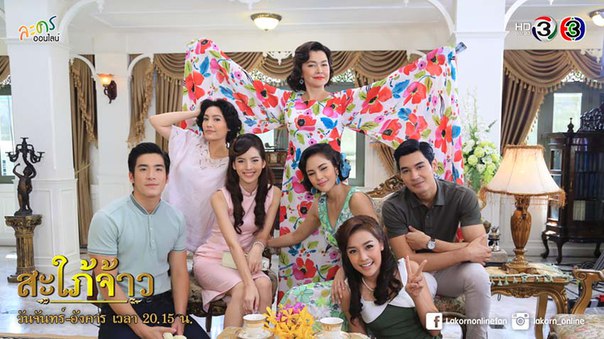 I’m such a procrastinator *facepalm* Despite this review being on top of my to-do list, I’m just getting around to it after 3 weeks….

I would skip on the cast and such, but you can find them here –> click me

The main story is about two miss matched pair of couples involving the nieces of the lady-in-waiting to her royal highness and the nephews of her royal highness. And as you’ve guessed the match matchers are her royal highness and aunts of the girls. But despite knowing that the pairs have been wrongly paired up, nothing was done about the situation. Now throw in some couple of nosy co-workers and house-helps, a French boss who keeps mispronouncing Thai words (leading to some perverted sentences XDD) super adorable and awesome grandparents (I personally like them), second male lead (I wouldn’t exactly call him the second male lead, but yeah..), some more supporting cast to spice up the show, and most Thai dramas are incomplete without a vicious conceited female character. It’s not hard to guess the role of the vicious female. Sapai Jao is simply funny ALL the way, even when it got pretty intense it was still funny XDD It gets more interesting with each episodes due to both the main and supporting cast. Both sisters were also strong in their own different ways. The older sis is on the quiet side and somewhat timid, but she has her way of straightening things out and getting what she wants, while the younger sis is all the over place; outgoing and clearly gives her 2 cents on every situation lol!! What was a bit frustrating was, the elder sis could be pretty slow and the younger sis flies (she doesn’t jump) to conclusions. The sisters were played by Nychaa and Namtarn As for the brothers, indecisiveness and oblivion flows in their system lol Even though their feelings is spilling all over the whole place and it’s obvious to everyone, they are the only ones oblivious to it. And when they aren’t, they repress their feelings. Nevertheless, I like how they resolved their issues. I think the major reason for the elder brother’s (played by Pope) indecisiveness was because he didn’t want to end up in another one-sided relationship, so he needed to confirm Sa’s feelings and at the same time get rid of the shameless leech. Whereas Pol (played by Alek), was playing the repression and friendship card lol! Apart from repressing his feelings, I guess he didn’t want to be friendzoned again lol!

Nychaa, Namtarn, Pope and Alek really did pull of their roles!! It was really nice to see their interactions. It was my first time seeing Nychaa and Alek, but their acting didn’t pale in comparison to Pope and Nychaa’s acting. I personally like the actresses who played Namtarn and Nychaa’s grandmother and her royal highness. They are such wonderful actresses. I have seen them both in multiple dramas.

It’s so funny to watch her royal highness play along with all that was happening, despite knowing the couples had been swapped lol!! She just kept watching them like a fairy godmother. One other thing I loved about Sapai Jao is the fairy tales references they kept making. The script writer had a way of matching plots and scenes with a particular fairy tale, from South Asian fairy tales (stories from the Arabian Nights, Vetala tales etc) to Western fairy tales (Little Mermaid, Cinderella, Beauty and the Beast etc). I was more fascinated and curious about Vetala tales, since I have never heard about them before. After I marathoned drama I looked them up and I found them 😀 😀 I think there were some Thai fairy tales also.

In general Sapai Jao is pretty mild in terms of craziness and very high on comedy and romance contents. I did sum it up as rom-com. It is also fast-paced, no mopping around or feet-dragging. Oh there are two additional couples – Suphon (Khun Chai Kitti’s business partner and close friend) and Gliang (the vicious female’s elder sis), and French boss and his Thai secretary ^_^ 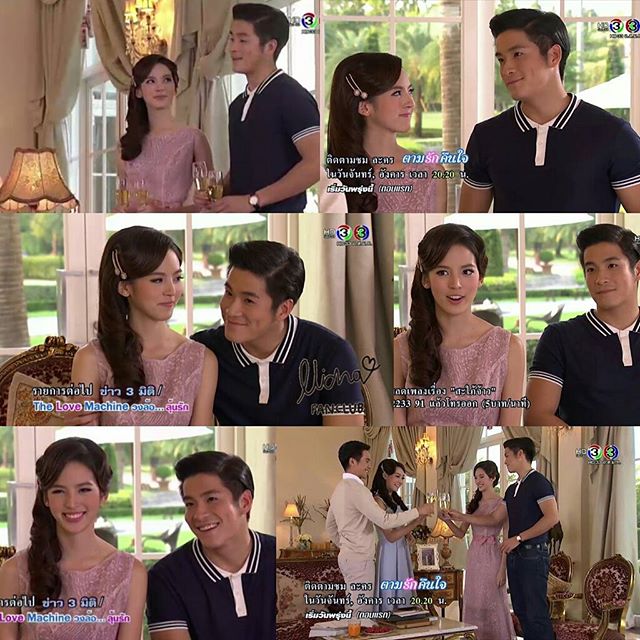 OSTs!!!! I like all the OSTs, but my favourite comes first and then the rest XDD

Lastly, interested in giving it a shot?? —-> Alwaysmeena has it uploaded