Since everyone was talking about Good Morning Call, I gave it a shot, and ended up giving it 6.5/10. I get Nao doesn’t have any iota of confidence, but shouldn’t there be some kind of development after a couple of episodes?! For me Nao is a perfect example of how one shouldn’t go, and behave in a relationship. It is such a pain, mentally and emotionally stressful. Also every one of her male friends, except for Mitsuishi fell in love with her. Me personally have no idea why they all seem to love her, I guess she brings out the protective instinct in them…… GMC was a combination of  L♥DK and Itazura na Kiss. I’m yet to watch L♥DK, but I’ve read enough to get the gist. IMO, 17 eps was a bit too long, 14 would have been good. I even hear there’s a 2nd season. I guess it will be about them ‘living separately’ and the whole series of misunderstanding courtesy of new neighbours, old, or new crushes. I do wish they do something about her character in season 2, she needs a confidence boost. One other thing I didn’t like was the one-way perspective of the writer, everything was about Nao – her feelings, fears, emotions. Uehara just had too much burden, no one seems to care about his own feelings, fears and such. It was all about how he should convince Nao that he likes her and her alone. One of the best thing in GMC is her best friend Marina, she’s an awesome friend!

I followed up Good Morning Call with Clover. Clover was pretty realistic, I rated it 8/10. It’s a typical boss-falls-in-love-with-subordinate story. However an old crush of the female lead, and an obnoxious self-proclaimed female director were thrown into the mix. The male lead is pretty ambitious, but then comes this clumsy female subordinate. They both went into a rehabilitation relationship (I have no idea what that’s suppose to mean lol), but as usual he’s super popular among the ladies, and of course the female lead isn’t confident in herself, plus the whole thing sounded suspicious; he came out of nowhere to propose to her. But as I earlier stated he has his eyes set on the gold price in his career, hence he’s ready to take any opportunity which presents itself. That’s where the self-proclaimed director comes in. Also, an old flame was trying to rekindle itself, it almost led to a spark, but I liked the way the fire was put out. There was no indecisiveness or dilly-dallying. Although the female lead was not confident, she tried her best, tried trusting the dude and also spoke her mind. And most importantly it was not one-sided, we could see the conflict the guy was having between choosing his career or love. He was dumb though, he could have saved himself a lot of trouble. He’s super capable and an asset, even if he’s fired from that hotel he will surely make it elsewhere.

American TV series Suits, and The Blacklist are pretty interesting, moi is enjoying every bit of them. Harvey is such an a$$, he’s so cocky lol!!! Red ain’t no joke either, he knows his stuff so well. I’m in the earliest episodes on both series, but judging from the comments on both, later seasons won’t disappoint me 😀

Back to Lakorns Plerg Naree starring Tik and Mai Davika, I’ve seen 2 eps and it’s pretty interesting. I like how Tik’s character keep poking Risa in order to clear his suspicions, but she’s so good at evading them. I really want to see Kanda and Khun Ying crushed, such despicable people.

BTW I was at the Pentecostal church today,  I go when I’m in the premises. It’s really been a while I’ve been there. It was good to see familiar, smiling and welcoming faces ^_^

I listened to Jun.K (2PM)’s album Mr No Love, it’s really good. My personal favourites are the last two tracks – Don’t Go Feat. Baek A Yeon, and No Love Part 2 Feat. San E. Below is the latter, ENJOY!!!! 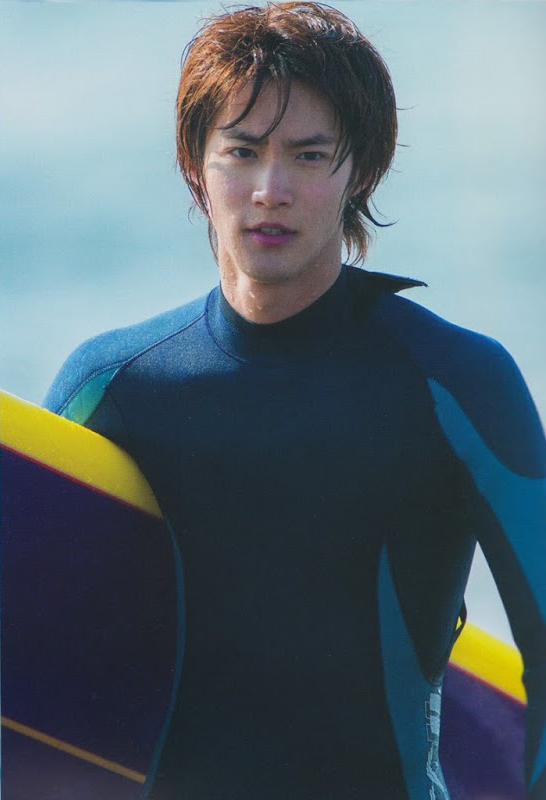